Statistics of the current June roll

As we step into the final week of futures roll period, we are showing some statistics of the current June roll with a focus on Benchmark Index Futures.

Below, every graph contains a solid line representing the ratio of back month OI to the total OI. The dashed line shows a historical mean of eight recent rolls, while the gray bandwidths depict one standard deviation from the historical mean levels. 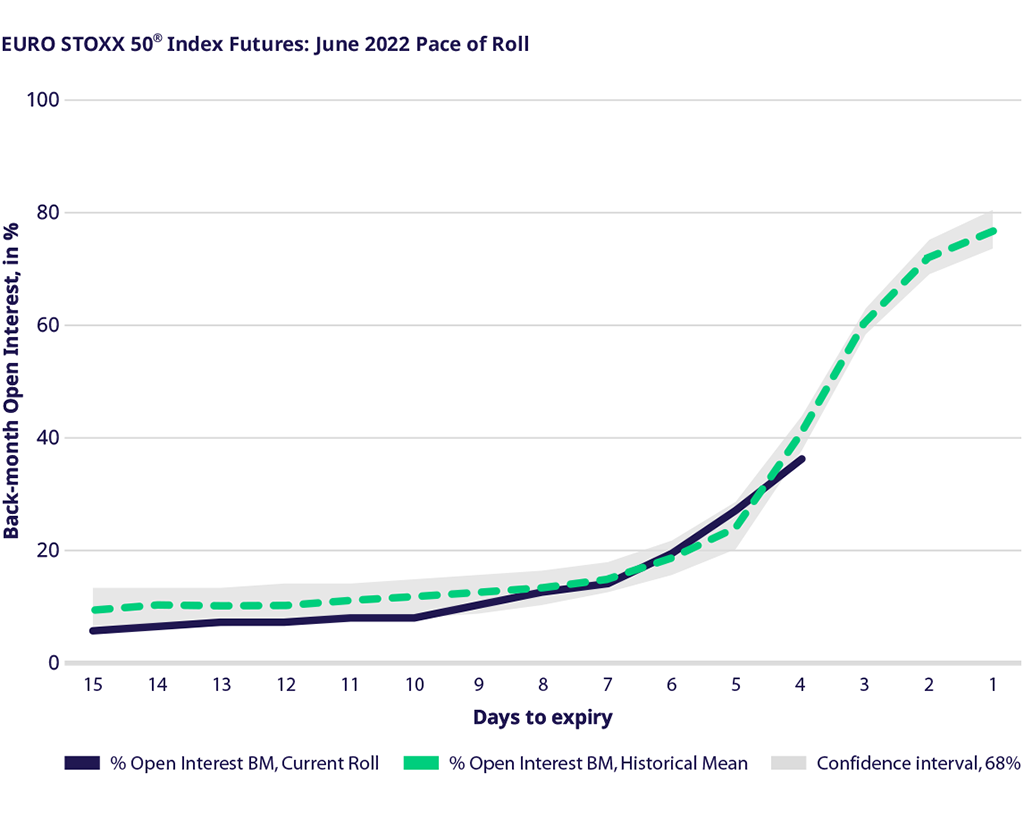 The graph shows that the roll started a bit OI underweighted in the back months (5% of total open interest) of the EURO STOXX 50® Index Futures and quickly recovered into the regular rolling track eight trading days before expiry. In the first two weeks of the rolling period, members transferred 35% of OI to the back month. We expect members to roll another 36% of OI in the remaining days before expiry. 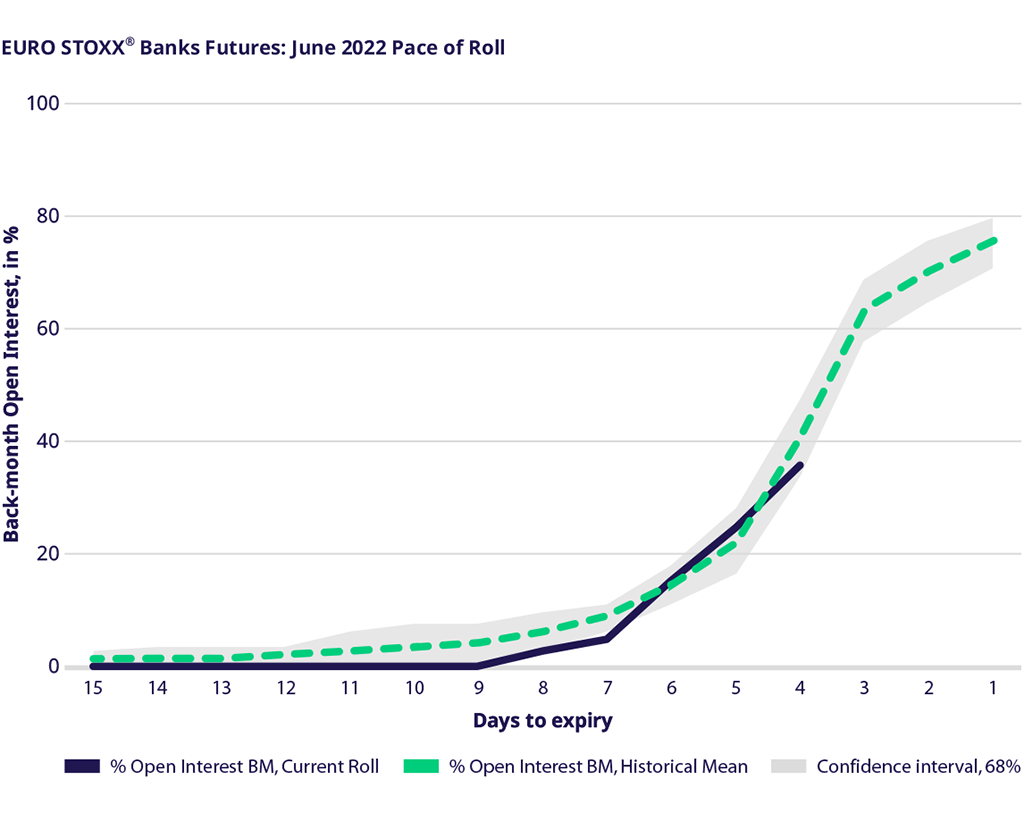 This time, members started to roll their positions on EURO STOXX® Banks Futures later than usual, entering back-month expiries just eight days before expiry. On Friday’s market close, we had 22% of open interest accumulated in the back month, with another 53% still expected to be rolled this week. 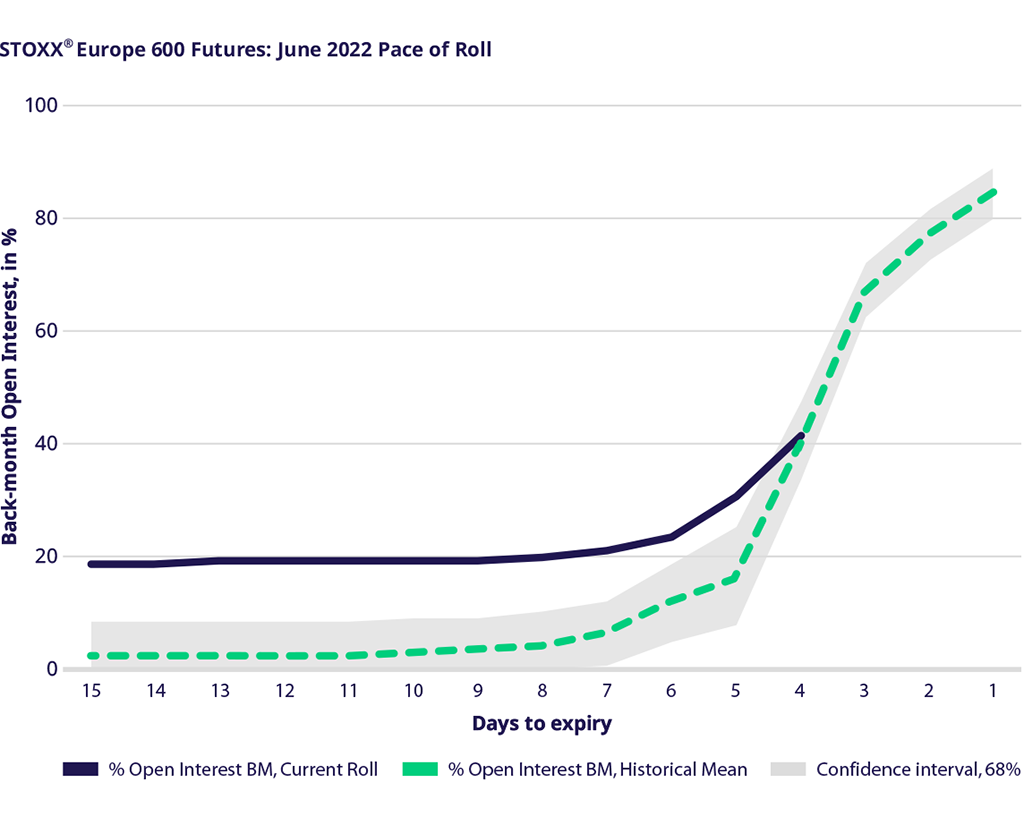 Unlike the previous times, some members entered the back-month expiry contracts before the start of the rolling period of STOXX® Europe 600 Futures, with their back-month positions roughly at a bay of 20% of total open interest. The rolling activity of other members kicked off seven days before expiry. As of the beginning of this week, 40% of OI was rolled to the back month expiries, resembling the average historical pace of the roll. We expect another 44% of OI to be rolled this week. 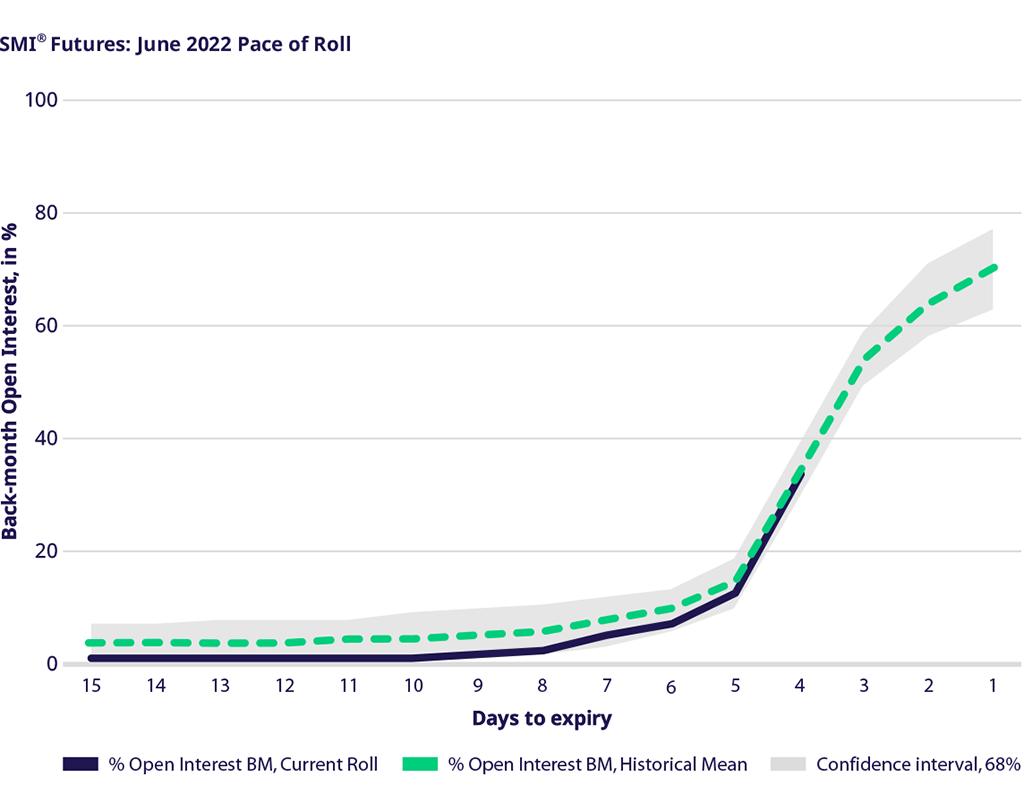 SMI® Futures showed smooth rolling activity last week. This week has started with 34% of OI being rolled into the back months, with 35% more to go.

Help us improve! Take part in our 5 minutes survey

Rate the usability of our website and give feedback or suggestions.
Rate now!